Merging the art of poetry with contemporary folk music, Billy Moschella, Jr. has created a style that is all his own. Combining a beautiful, sultry voice with image-bound lyrics and compositions, Billy’s music reveals a deep love for nature and a true sense of wonder for the wild lands of the earth. He possesses an innate ability to craft deeply metaphorical and thought- provoking songs that express a deeply seated passion for the art of songwriting.

Billy is the owner and founder of Spiced Cider Records. He has twenty years of experience as a national and international touring vocalist, lyricist, and songwriter, and has extensive live performance and touring experience in nine different countries across two continents. He is an honorary graduate of the songwriting program at the prestigious Berklee College of Music located in the town of Boston, Massachusetts, 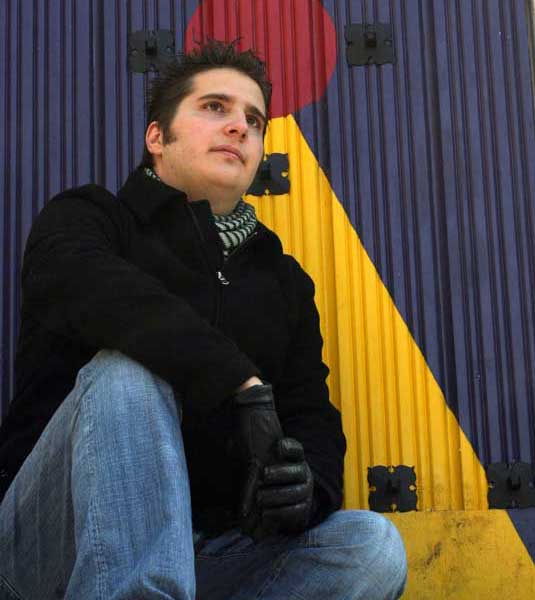 where he studied under some of the most highly regarded figures in the music industry, including songwriter Livingston Taylor (brother of folk legend James Taylor), international lyric writing teacher Pat Pattison, and classical vocalist Kathryn Wright.

His 2007 solo EP ‘Midnight Escapades’ was produced by top-25 hit songwriter and producer Brian Maes, whose own work includes that of being the lead songwriter, keyboardist, and backing vocalist for the rock group RTZ, which featured members of the rock supergroup Boston, including lead vocalist Brad Delp and guitarist Barry Goudreau.

Billy’s 2007 debut album release featured the sounds of acclaimed violinist Kaitlyn Hova (creator of ‘The Hovalin’, an open source, 3D printable violin), the fretless bass sounds of Tim Archibald (also of RTZ acclaim), and the backing vocals of jazz singer Alexis Fae Gach. Terrance D. Schemansky of 3,000 Records and the Music Business Connection Podcast had this to say of the record in a review featured in the Free Music Directory: “The debut CD release from this talented singer/songwriter. Contemporary folk music that features image-bound, poetic lyrics set amidst a soundscape of peaceful, easy listening music.”

From 2009-12, Billy was active as the lead vocalist and lyricist in the Los Angeles based folk band ‘Serenity’. The group released two albums: ‘The Passage of Time’ (2010) and ‘Love on the Run’ (2011), both of which received critical acclaim, and the former of which was signed to Los Angeles based music publisher Gotham Records Music Placement.

Billy was a co-writer and collaborator with Grammy award winning Hungarian drummer and songwriter Peter Kaszas, who has toured as the lead drummer for legendary guitarist Al Di Meola’s ‘World Sinfonia’ band. Peter’s debut album ‘Infinity Project’, which was awarded Best Jazz Album at the prestigious 2017 ‘Fonogram: Hungarian Music Awards’, features the acclaimed track ‘Run to You’, co-written by Peter and Billy, and signed to Nashville-based publishing company Merf Music Group. Billy’s songs have also been featured on two separate compilation albums: ‘Expose Your Muse’, featured at the world renowned MIDEM Music Conference in Cannes, France, as well as ‘The Art of Men’, an album featuring songs from national and international male artists and released by international songwriting organization ‘SongsAlive!’ His music has also been featured on the website for the popular home furnishing and home decor retailer ‘Pottery Barn’.

Billy has also worked with Los Angeles based booking agent ‘Surge Event Hollywood’ to book talented performing artists from throughout the United States at some of the most highly regarded venues in the Los Angeles area, including The House of Blues, The Viper Room, and The Mint. Additionally, Billy has served as an A/R intern for Little Dog Records, a boutique record label based out of Burbank, CA, and owned and operated by Grammy award winning producer and guitarist Pete Anderson.